2020 US Election: What is happening and how does it impact you?

At the moment, former Vice President Joe Biden is the projected president-elect, despite pending legal challenges from the Trump campaign. President Trump and his campaign have continued to push rhetoric that the election was fraudulent and was insecure, as well as targeting the voting machines used in the election. This rhetoric has been countered by the likes of Chris Krebs, former head of the Cybersecurity and Infrastructure Security Agency who has since been terminated from his position by President Trump. Lawsuits have been filed in key battleground states like Pennsylvania, Michigan and Arizona, but have thus far not brought any changes to the vote counts in those states.

While Biden supporters celebrate, Trump supporters are still planning several protests in cities across the country to denounce the result. Although most of these ‘Stop the Steal’ gatherings have been peaceful, some violence between rival groups, as well as with the police, has taken place including at the Million MAGA - Make America Great Again demonstration in Washington D.C. on the 14th November where dozens were arrested.

What does this mean?

From a business perspective, this means having to deal with an unstable social and security situation. Protests are likely to continue, particularly if recounts are granted. Businesses operating in the urban areas of key states where a recount is asked for are most likely to be impacted by additional activity from both sides. Meanwhile, Biden’s victory has also not been celebrated by the far left, with Antifa already picking up their activity in Portland and Seattle.

What can we expect next?

More calls for recounts will likely be made along with possibly lawsuits, moving the election to the courts. For recounts to take place, states have to certify their election results, with several of the states having until sometime end of November or the 1st December to do so. The 8th December is the last date for states to resolve election disputes, while the 14th December is when the electoral college casts their votes. Tension in the country will remain throughout this period and possibly until the presidential inauguration on the 20th January. The continued rhetoric from the right that the election is being stolen in favour of Joe Biden has only worked to increase tensions between rival supporters at protests, and the rhetoric will be ongoing while legal challenges are made.

Although widespread post-election mayhem seems unlikely at this point, further polarisation of American society does not. Rumours of election fraud are continuing to erode people’s confidence in the system, dampening the shared trust that is essential to democracy.

As the situation on the ground continues to change, you'll need timely, actionable and verified intelligence alerts to better protect your people, assets and minimise disruption to your operations.

We'll be closely monitoring the situation from our 24/7 Operations Centre. To see how we compare to your current provider, book your free demonstration today:

THE LATEST FROM SOCIAL MEDIA

We post breaking news, developments and analysis across our social media channels. Follow us for frequent updates on the US Election:

ARE ANTIFA A THREAT?

After their activity in Seattle and Portland, what can we expect from the left-wing group? 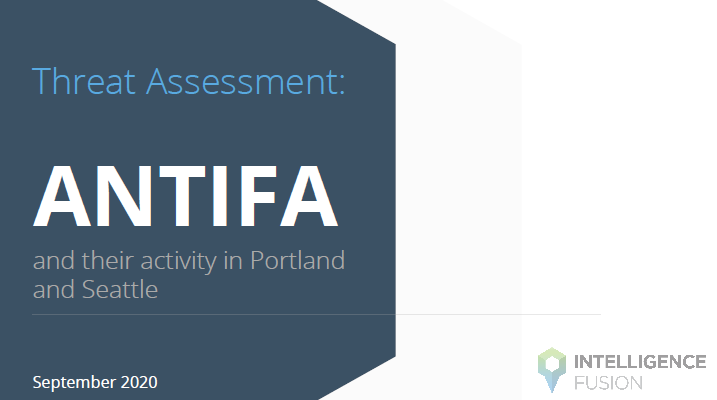 WHAT DO WE PREDICT?

Prior to the election, we asked our analysts - Is the United States heading for a civil war?

WHO ARE THE PROUD BOYS?

And what role do they plan in the election unrest? 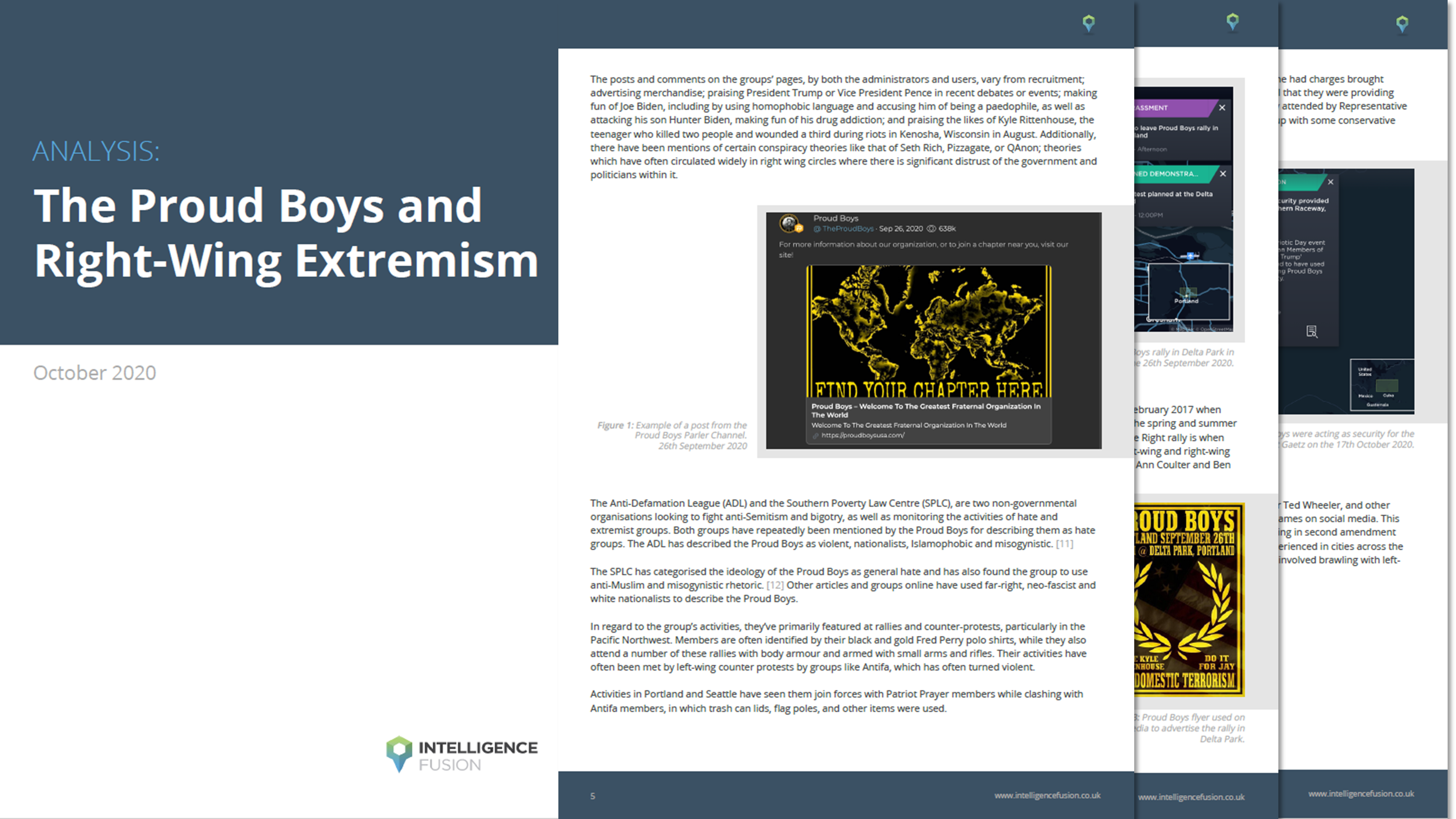 Intelligence Fusion is a threat intelligence data and software provider; the only provider to fuse together datamining technology, a growing crowdsourced network and military-trained analysts to provide you with a complete and comprehensive global security picture.